My dad just left a message on my voicemail.  He was telling me that he was moving out of his apartment, that he was completely out of money and that he and his wife were moving in to her son’s small two-bedroom apartment. My dad is seventy-six years old – no savings, no investments, no property, and a lifetime of narcissistic irresponsibility.

One whacky business idea after another, one dazzled investor after another, my dad lived his life convincing others that he was about to strike it rich.  He dabbled, he short-cutted, and he occasionally produced works of genius.  Ten years ago he sold one of his inventions to one of the biggest audio companies in the world, they paid him over $2 million for it.  He was sixty-six at that time, but he had the emotional intelligence of a twenty-year-old.

He bought a fleet of cars, rented a gigantic house, and scored a trophy wife.  He started another venture on his own dime.  The cars, the house, the wife and the $2 million were gone within a year.  My dad struggled a bit, and then found another investor to bamboozle.  This time it all fell through.  He begged my brother and I for money last month, and we gave him all that we were able to give.  I spoke on the phone with my brother, and we pondered the very real chance that our dad would soon be homeless after a lifetime of bumbling, misdirected effort and irresponsibility.

Today, that day came.  My dad has nothing, just himself, a bed, a tiny room in his son-in-law’s apartment, and seventy-six years of failure to look back on.

What is there to take away from this?

I ask myself that now.

Everything that I know today about being a man I had to teach myself.  I had to teach myself how to keep a budget and plan for the future.  I followed in my dad’s footsteps for a while as a “haphazard” and clueless entrepreneur.  I bucked down, I learned from my mistakes and built a great career for myself that I love.  My dad is narcissistic and emotionally abusive – he will never move in with me.

Male Initiation is the severing of the mother-protector connection, it is the beginning of manhood.  A boy can’t be initiated without a male role model, and I never had one.  Please take my words to heart – fatherlessness is a plague upon the world.

Personal responsibility, focused, hard work, commitment to life and family, healthy lifestyle, sober living – these are the best things that life has to offer, everything else is a running away, an escape.  My dad never worked for anybody else because he was running away from it, he felt himself “too good” for that – and look where that got him.  Of course you can be an entrepreneur and work for yourself, but he thought that “entrepreneur” meant “do whatever you want.”  I hope you can see the foolishness in this idea, as the self-employed must be more disciplined, more focused, and work harder than those of us that are employed by others.

Men do what they have to do, and not always what they want to do.  They work for other people when they have to live with dignity, keep the rent paid and their children fed.  Men study other things and improve their careers when they have to because they just can’t stand their current job anymore, like I did.  I write because I have to, I have to share my story, even in some small way, with the world.

Manhood is a sacred road, and if you never had a dad, you have your work cut out for you.

Read So Good They Can’t Ignore You by Cal Newport. 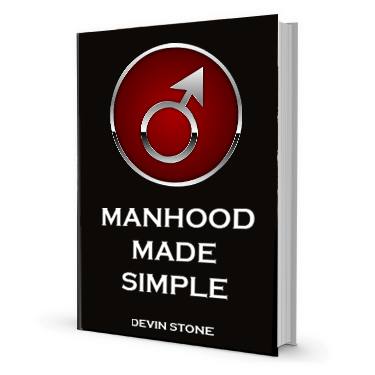